Hyundai is in the News Again!

Hyundai’s latest models and all-new re-designs are taking the media by storm. The new year saw the next generation of Velosters hit the market, Kona’s second year on the block come around and everyone’s favorite SUV get even better. Bold design and cars that are fun to drive have become Hyundai’s trademark in the auto world -- and one look at the 2019 lineup makes it clear that this theme is still going strong.

Nothing But Praise for the Santa Fe

With all of the buzz that surrounded the release of the all-new Santa Fe, it was no surprise that car reviewers all over the nation couldn’t wait to get their hands on the model. What was their verdict? That the Santa Fe already was a great vehicle -- and somehow, now it’s even better.

The all-new SUV is catered to families -- but with a luxury feel, all while still maintaining it’s excellent price (and resale value!) Zack Zeraldo, head writer for DoubleClutch.ca, noted, “From a family hauling perspective, the new Hyundai Santa Fe and its highly functional interior has clearly been designed with families in mind.” Speaking to the Santa Fe’s new-found swankiness, AutoGuide.com goes on to say, “with its mellow driving dynamics and clean cabin, the Hyundai Santa Fe might actually meet your expectations if you mistook it for something more premium.”

A carefully thought-out re-design with drivers in mind really has brought the vehicle, “one step closer to perfection” (North Shore News.)

The next generation Veloster is all about the fun. Unconvetional becomes totally practical on this three-door compact hatchback. Speaking on the design, Faisal of UnfinishedMan.com commented, “It’s a more practical car than a 2-door car, thanks to its third door on the passenger side.” In the article, he later goes on to remark that this feature makes sense from a safety standpoint, too, as it removes the risk of passengers exiting the vehicle in front of passing cars.

But back to the fun -- the Veloster keeps the focus on giving its driver a good time. See why Lucas Cooney of AutoGuide.com felt, “legitimately sad to see it go”, stating that driving the Veloster was, “the most fun I’ve ever had behind the wheel” of a sporty car. Fun to drive with a smart design, the 2019 Veloster is the hatchback to have this year! 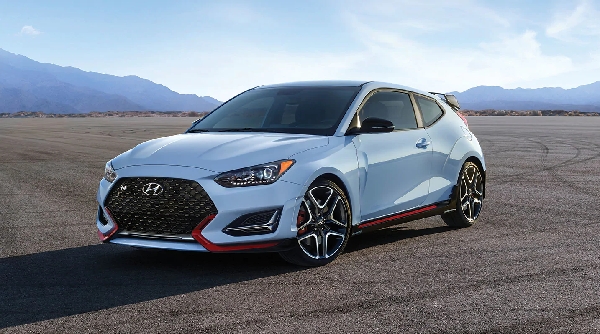 Though the official release of Hyundai’s highly-anticipated Kona was last year, it’s popularity has only gone up since then. In fact, Justin Pritchard of AutoTrader.com wrote about the model, “the Kona was the best-selling all-new vehicle in Canada. It’s been a smash for Hyundai, who even had to ask the factory to build more units to meet the strong demand. On a smaller scope, this was also the vehicle your writer was asked about the most in 2018, by a sizeable landslide.”

Canadians love crossovers, and the Kona is a breath of fresh air in a world of small SUVs that look practically identical. Get inside of one today to see why drivers everywhere are turning to Hyundai for their next vehicle.

Geared Up for the Palisade

Hyundai isn’t happy with just sitting back and taking in the smash success of it’s latest offerings. Instead, hype is already building around the next big release -- the Palisade! Three rows of luxury family bliss await inside of this super-sized SUV. It made its first debut in Toronto at the recently passed Toronto Auto Show. Of its styling, Michael Deslauriers of The Car Guide states, “The SUV’s cabin can carry up to eight passengers, and it will be filled with available features such as an intercom system so front-seat occupants can converse with rear passengers, a 360-degree camera system and an infotainment system with an eight-inch touchscreen.” 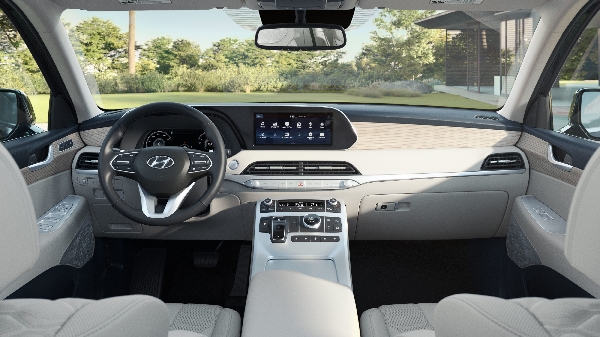 After riding inside, the same website claims, “The Palisade isn’t only a well-executed midsize SUV; it’ll likely hurt its Japanese, American and German rivals when it hits showrooms next summer.” The interior is sleek and modern, with groundbreaking features like, “Driver Talk, that allows for conversing with passengers way back in those last two rows” and head-up display which, “projects a virtual image on the windshield so that drivers can keep their eyes glued to the road” -- as per Auto123.com’s review of the SUV.

Make Your Next Ride a Hyundai

It’s clear to see -- Hyundai is leading the way in design, drive and affordability. Drivers in Lethbridge that want to get in on all of the excitement should contact Integrity Hyundai. We’d love to help you find the perfect Hyundai out of this award-winning line of incredible vehicles.

We’re sure that once you test-drive these new additions for yourself, you’ll see why Hyundai’s making such big waves in the auto world.